The Eudists were a major influence in the life of the Diocese and every Ordinary from 1905 to 1956 was a member of the Eudist Congregation.  It's no surprise, therefore, that the modern Cathedral of the Diocese is dedicated to St. John Eudes.  Built between 1958 and 1960, it is shockingly modern in materials and design.  According to the Diocesan website, it will appeal to lovers of religious architecture...
Posted by Semper Eadem at 3:55 PM 21 comments:

The Cathedrals of Canada - 4. Antigonish

The Diocese of Antigonish recently celebrated the 400th anniversary of the first celebration of the Holy Sacrifice of the Mass in that place. It is another example of the Canadian phenomenon of transferring the seat of the Diocese. In 1844 the Diocese of Arichat was erected out of the Diocese of Halifax, with the Cathedral of N.D. de l'Assomption at Arichat but the residence of the Bishop from the very beginning had been at Antigonish, to where, in 1886, the seat and name of the Diocese was transferred and when St. Ninian's became the Cathedral. The Diocese covers 7 counties of Northeast Nova Scotia, 3 mainland counties and all of Cape Breton Island. The first Catholic Chapel in Antigonish was built in 1810 by Father Alexander MacDonald. Bishop Plessis named the new mission St. Ninian's in 1812. The first resident pastor was Father Remi Gaulin who came in 1815. Father William Fraser (later Bishop Fraser) became Pastor of Antigonish in 1824 and replaced the chapel with a frame building which could accommodate eight hundred. The cornerstone for the present St. Ninian's was laid on June 29th, 1867, by Rev. Dr. John Cameron, V. G., and was completed in 1874. St. Ninian suggests Scotland and the Cathedral's very fabric incorporates the words "Tigh Dhe" or House of God in Gaelic, inspired, perhaps by Alexander MacDonald of Keppoch, one of the last of the Gaelic poets, who was inspired to versify upon seeing the new Cathedral. The interior is by no means the worst example of the re-orderer's 'art', but the loss of Altar Rails and High Altar (replaced under a monumental canopy by the Bishop's throne) has swept away some of the most harmonious traditional features of the interior.
Posted by Semper Eadem at 7:57 AM 4 comments:

The Cathedrals of Canada - 3. Amos

Recent controversy in the Church in Ireland has focused on the amalgamation of small dioceses but few Irish dioceses are as small as the diocese of Amos, established in 1938 from a portion of the territory of what had been since 1919 the diocese of Haileybury and was to become in 1978 the diocese of Timmins.

Timmins itself has only 48,000 Catholics out of 88,000 souls. On the other hand the diocese of Amos has something in common with many Irish dioceses in that of the 98,000 souls 93% of them are Catholics, a proportion that isn't extraordinarily high for Québec. Although the population of Amos is not large the size of the territory is vast, larger than the rest of the dioceses of Québec put together, including the Nunavik territory.

The Cathedral of the diocese of Amos is dedicated to St. Therese, 'the Little Flower' and has another unique distinction of being the only Romano-Byzantine Cathedral in North America. Built in 1922-3 to the designs of the great Montréalais (church) architect Aristide Beaugrand-Champagne (1876-1950), it is a basilica upon a circular plan with only a practical nod to a cruciform plan.

It sits on a prominent hill within cathedral park, on the east bank of the River Harricana, presiding over the city and visible from almost every point

The construction of the cathedral, in contrast to its historical style, is of modern steel and reinforced concrete, quite a novel construction method for the time. The dome measures 30.48 meters in diameter, was at the time of its construction, the largest reinforced concrete dome in Quebec but was exceeded by the dome of St. Joseph's Oratory in Montréal in 1937 (35.05 meters in diameter) and was the largest self-supporting dome of its kind in North America at the time. The cathedral rises to 49 meters to the dome.

The Cathedral retains its altar rails but unfortunately the tabernacle has been taken to one side and the bishop's throne now sits in the central position in the apse behind an altar brought to the edge of the step so that Mass cannot be celebrated 'ad orientem'.

The diocese has a wonderful 360 degree view of the interior available here and the details of the inventory of places of worship can be found here.
Posted by Semper Eadem at 3:38 PM 3 comments: 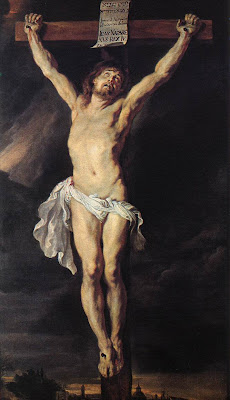 The Cathedrals of Canada - 2. Alexandria-Cornwall

It is almost unheard of to change the name of a Diocese in Europe. Some may be suppressed, perhaps to be used by titular Bishops, and some are united but in Canada the movement of population or the Diocesan offices from one ecclesiastical hub to another is often followed by a change in the name of the Diocese.
One example is the Vicariate Apostolic of Grouard moved its chancery and cathedral to
McLennan, and became known as the Archdiocese of Grouard-McLennan. In 1912, the Diocese of St. Albert was moved a few short miles and renamed the Archdiocese of Edmonton. In 1953, the seat of the Diocese of Harbour Grace in Newfoundland moved to Grand Falls and was renamed the Diocese of Grand Falls. The Diocese of St. George’s also in Newfoundland was moved to CornerBrook and became the Diocese of CornerBrook and Labrador. In 1963, the Diocese of Prince Rupert BC was moved to Prince George and became the Diocese of Prince George - poor Prince Rupert!
Something similar happened in 1976 when the seat of the Diocese of Alexandria was moved from Alexandria to Cornwall and the diocese renamed the Diocese of Alexandria-Cornwall. While the cathedral remained in the town of Alexandria, a co-cathedral was designated in the city of Cornwall. Ironically, another population shift has meant that the co-cathedral has ceased to be a Parish Church and has been re-designated a Marian Sanctuary.
The Co-Cathedral was built in 1887 and dedicated to the Nativity of Our Lady. The corner stone reads:
Replique Pierre Angulaire
Le 8 Sept en l'année 1887
Son Excellence
Mgr. James Vincent Cleary
Eveque de Kingston et Ordinaire du
lieu a dument pose la pierre angulaire
de l'eglise de la Nativité de la B.V.M.
The pictures of the Ontario Heritage Trust and on flickr show just how little damage was done by the post-Conciliar iconoclasts. The Parish forms part of the French-speaking deanery of the Diocese so there is a typically Canadian equality of representation between the Alexandra deanery and the Cornwall deanery, one anglophone Cathedral and deanery and one francophone.
Posted by Semper Eadem at 2:23 AM 3 comments:

The Cathedrals of Canada - 1. Alexandria-Cornwall

I wanted to start my survey of Canada's 91 Catholic Cathedrals on a high. St. Finnan's Cathedral in Alexandria ON is the Mother Church of the Diocese of Alexandria-Cornwall. Thanks for flickr you can compare the interior arrangement of the Cathedral before and after the flood of liturgical revolution.

St. Finnan, The Apostle of Moidart, was an Irish Missionary to Scotland in the 6th Century.

A chronicle of the Cathedral parish here relates that ""The plans of the new St. Finnan's Church were prepared by William H. Hodson, Esq., architect, Montreal, during the Winter of 1883 and approved by the Rt. Rev. James V. Cleary, S. T. D., Bishop of Kingston, in the Spring of the same year. The contract of building the new church was awarded to Messrs. John R. Chisholm and Son, of Lochiel, on the 22nd September, 1883. The first ground was broken and commencement made on the 25th day of the same month. The corner stone was set and blessed with solemn ceremonies on the 13th July, 1884, by the Rt. Rev. James V. Cleary, assisted by the Reverend pastor, also by the Reverend Fathers O'Connor, Perth, Gauthier, Williamstown, Duffus, St.Raphael's, and Cicolari of Lochiel, and a large concourse of people, to whom his Lordship preached an eloquent and impressive sermon.

"On the 15th of March, 1885, the same illustrious prelate dedicated with solemn service to the worship of God interiorly and exteriorly the church, assisted by the Rev. pastor, also Fathers Gauthier, Duff us, Cicolari, and a full congregation of the laity. The Reverend Father Gauthier celebrated Mass and his Lordship preached an eloquent sermon appropriate to the occasion."

"On the 18th of June, 1883, the Rt. Rev. Dr. Cleary, Bishop of Kingston, visited the parish and administered confirmation to three hundred and sixty-three persons. On the 19th of September, 1886, His Lordship visited the parish and appointed the Very Rev. Alexander Macdonell, Vicar-General of the Diocese and received his oath of office in the presence of Rev. Thomas Kelly, Sec. Rev. C. J. Duffus of St. Raphael's, Rev. John Twomey of Lochiel, Rev. William A. Macdonell, Glen Nevis, and a full congregation of the laity, to whom the Bishop explained, in eloquent terms, the dignity and obligations of the office to which their humble pastor was raised."

The parish was established in 1833 as part of the Diocese of Kingston, which, as I've already said, was formed from the Vicariate of Upper Canada in 1826. The Diocese of Alexandria in Ontario (Alexandrinus in Ontario) was itself erected in 1890, perhaps on account of its splendid Church, and became the Diocese of Alexandria-Cornwall in 1976. According to the Annuario Pontificio 2007, the Diocese has the remarkably small Catholic population of about 55,675 souls, which has been pretty static over the last 40 years, in 31 Parishes.

The Diocese is currently vacant since Bishop Durocher was transferred to be Archbishop of Gatineau. The Administrator of the Diocese is Fr. Kelvin Maloney.
Posted by Semper Eadem at 12:03 PM 1 comment:

The Structure of Catholicism in Canada

From those early days of the Archdiocese of Québec (1659) and the two Suffragans (1819), the structures of Holy Mother Church in Canada have developed into the normal structures of a National Hierarchy, Ecclesiastical Provinces (17), and Sui Generis Jurisdictions (7). 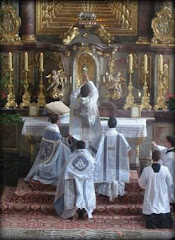 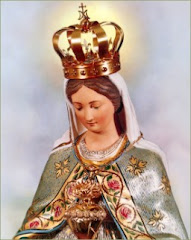 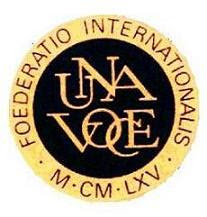 The Canadian Servants of the Holy Family is a Chapter of the Latin Mass Society of Canada, which is a Member of the Foederatio Internationalis Una Voce 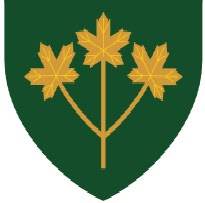 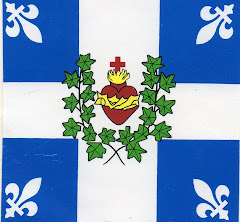 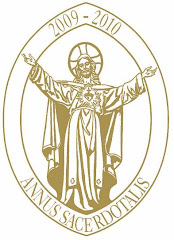